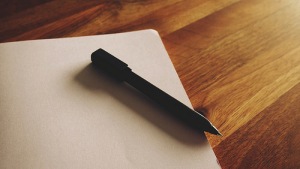 Why I don’t want a promotion

Today I told my boss that I didn’t want to be put forward for a promotion – one I was pretty much guaranteed to get. It was a strange moment and not one in which I ever envisioned myself. You leave school or uni and get a job and the stepping stones are laid out in front of you: you work hard, your boss recognises that, you get a promotion and the process starts again.

So what happens when you don’t follow that path?

A year ago I quit my job as a qualitative researcher in a well respected media team. It was an amazing job but I wanted to pursue a job that combined my passions of beauty and social media. Changing jobs aged 30 was pretty terrifying. Knowing that I’d have to start again from the bottom, the uncertainty of learning a completely new role from scratch, new people: all scary stuff. But the past year has been great. Stressful at times, but really fun and I’ve never regretted making the move.

Hearing that my bosses think that I’m ready for a promotion after only a year in the role is such a huge compliment. It’s been a real boost to my confidence and has made me feel very proud of everything I’ve achieved in the last year. So why don’t I want to apply for it? I’m actually pretty happy in my role as it is.I think if I went for the promotion there are a lot of aspects of my role that I’d miss. I enjoy the work I do and I love the people I work with. I still feel like I’m finding my feet in this new industry and still learning the ins and outs of the business and my role in general, and to me that is so exciting.

So why was I so nervous to tell my boss that I wouldn’t be applying for the promotion? That expectation I mentioned earlier plays a big part. During a meeting with HR a few months ago, I was asked where I saw myself in a year as ” you obviously won’t still be a community lead! *laughing*”… it was obvious that there was a clearly defined path that I was expected to follow, and a move to the role above mine was the next step. I was also worried that people would assume I’d gone for it and had been unsuccessful, which seems silly but still played on my mind. I wondered if my bosses would see this decision as a reflection on me, that I didn’t believe I was competent enough, that I didn’t have as much faith in myself as they had demonstrated. I was concerned that this would make me look unambitious. (My boss was brilliant, by the way. She was very understanding about why I don’t want a promotion and said that if I change my mind – or if I want/need anything that might make the move to the higher role easier in the future – that I was to let her know.)

At this moment, this is what feels right for me. Sometimes staying still is the best way to move forward.