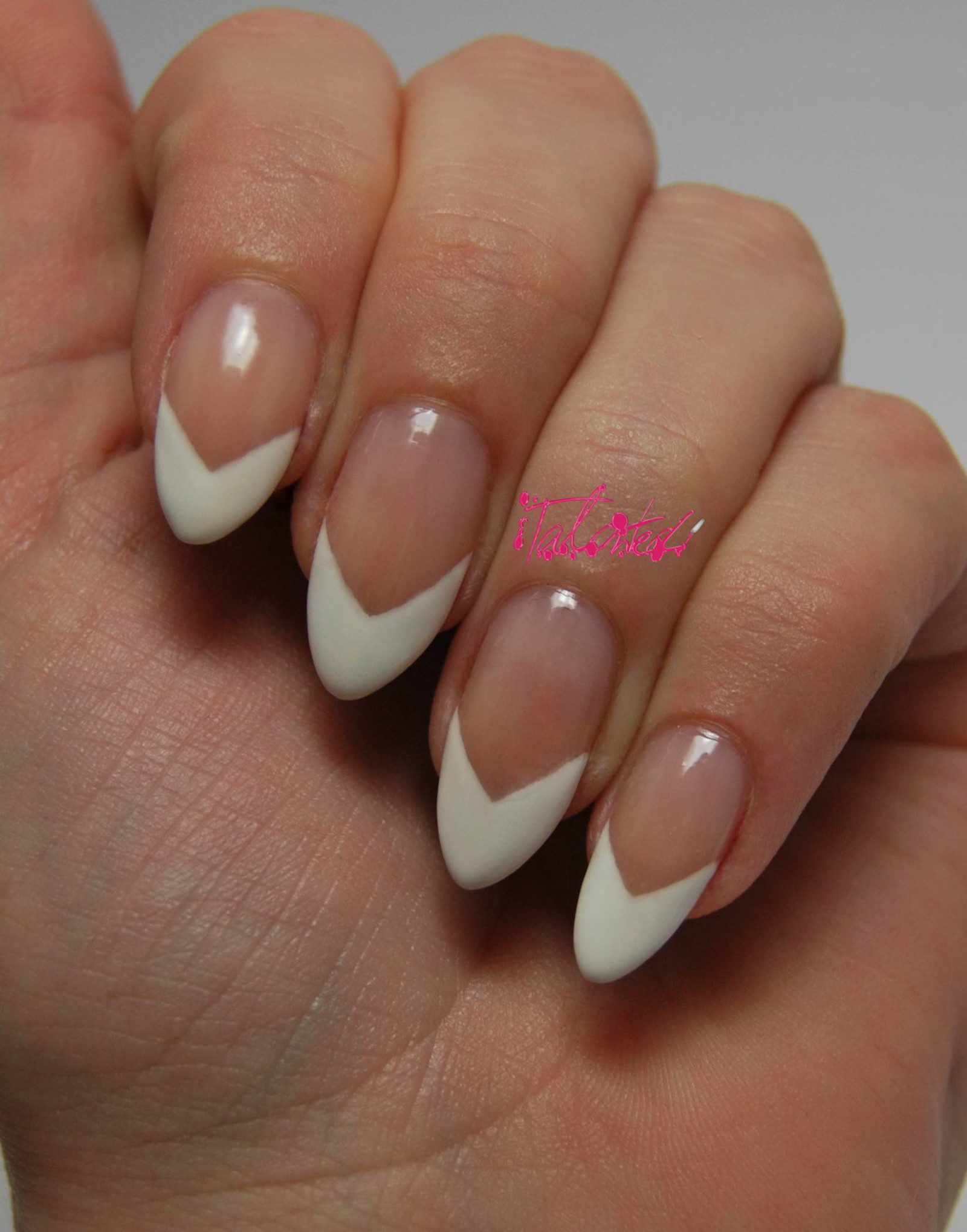 I haven’t done a French manicure in years. This look was really big for a while and I ‘wore’ them quite a lot back then but – and this is probably nail art sacrilege – I’m not a big fan. I occasionally like them on other people if they are done well – but so many that are see are painted on badly-made, shovel-like acrylics and it has kind of ruined them for me. STRONG FEELINGS, GUYS.

So I decided to try to change it up, to make it a bit different, a bit more ‘me’… and I love it! It has a kind of 80s vibe to it, probably because of the shape of the nails. It’s a classic reimagined into something unusual and fun.

The nail polishes I used for this manicure are pretty generic, but the Kiko white I used is great as it’s designed for French manicures, so has a really thin brush that’s almost like a striping brush. It made doing the cleans lines on this really easy. I highly recommend if you’re a French mani fan (and if you are, I hope I haven’t offended you!)

What are your thoughts on this updated French manicure? 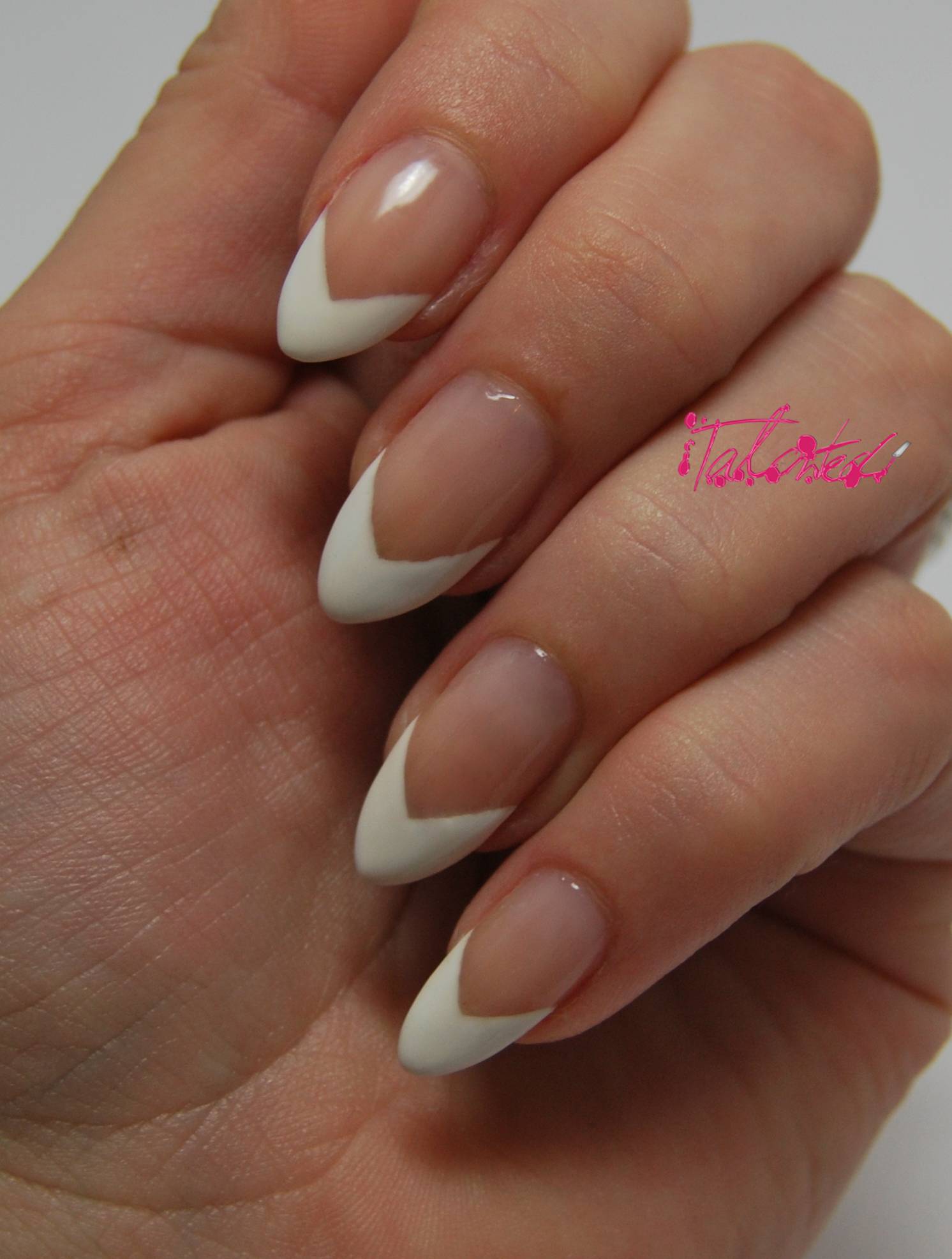 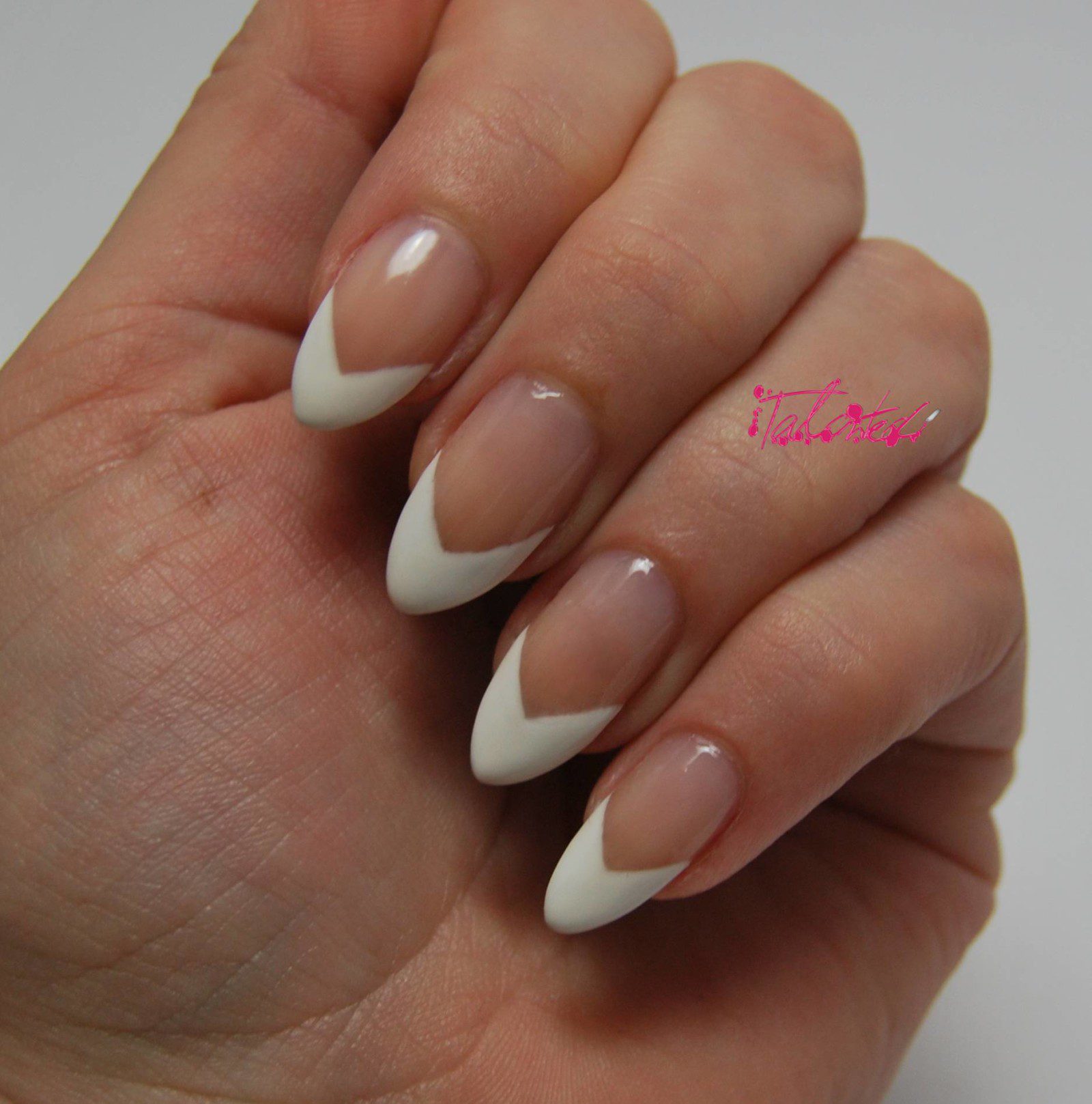